The 7th Conference on Security Standards Research is planned as an in-person conference. The conference will be co-located with EuroS&P 2022 in Genoa, on the 6th of June.

The purpose of this conference is to discuss the many research problems deriving from studies of existing standards, the development of revisions to existing standards, and the exploration of completely new areas of standardisation. Indeed, many security standards bodies are only beginning to address the issue of transparency, so that the process of selecting security techniques for standardisation can be seen to be as scientific and unbiased as possible. This year, we would also like to encourage active law researchers in data protection and privacy to submit to the conference. This aligns with the presence of the GDPR in the EU. Submissions about regulation-related aspects of blockchain technology and the IoT are particularly welcomed. We would also love to see more standardisation efforts being open to interaction with academics. This follows in the footsteps of IETF’s design approach for TLS 1.3, which has seen substantial academic input. Similarly, several post-quantum efforts have seen interaction between academia and industry.

This conference is intended to cover the full spectrum of research on security standardisation, including, but not restricted to, work on cryptographic techniques, security management, security evaluation criteria, security policy, network security, privacy and identity management, smart cards and RFID tags, biometrics, security modules, and industry-specific security standards (e.g. those produced by the payments, telecommunications and computing industries for such things as payment protocols, mobile telephony and trusted computing). An overview of the previous SSR conferences can be found at ssrresearch.eu 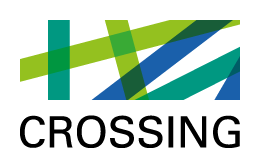